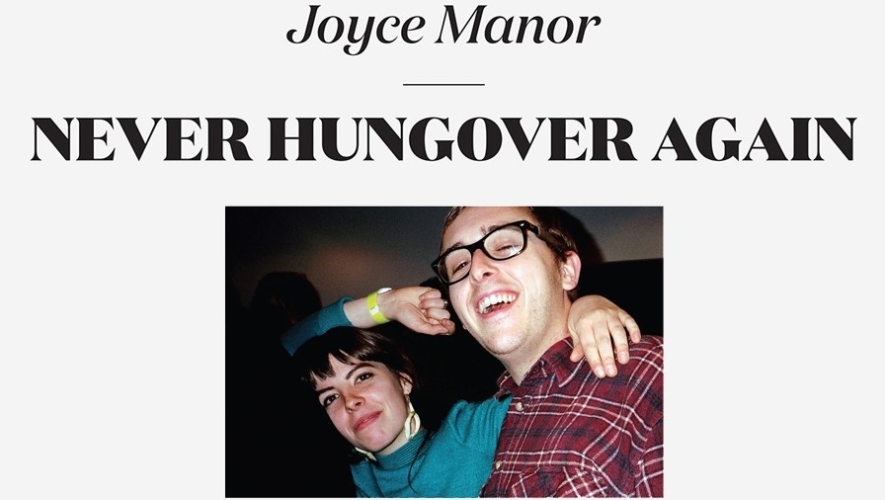 An Album Review by Zane Hughes

In 2016, after only listening to music that would be played on the radio, or from what CDs my parents had in their collection, my friends helped branch out my music taste by showing me artists that they enjoy and then mutual musicians in the scene. I had no idea that the world of music was as vast as it is and I was genuinely surprised with how personal and emotional it could truly become. I’m not saying that the bands played on the radio or the ones repetitively played through my CD stereo system were not expressive or “deep”, but based on my age and my setting, the artists I would consider all time favorites now, left a stamp on me unlike anything I’ve heard before.

And seeing these new discoveries in person was the main factor behind that. When a show was announced nearby that peaked our (me and my friends) interests, part of the discovery was checking out the other bands on the bill that we never have heard about. But from our collective tastes in similar genres, not only was there never a dull moment of seeing these fresh bands live as they tore the stage apart, but these shows were almost always energetic and fun as hell. Growing up I only went to festivals hosted by our favorite local radio station because my parents only saw value in seeing multiple bands at once. Mainly due to the economic point of view since the bands we listened to were highly well known and the tickets for them were too pricey for just the one off tour stop.

So catching 10+ bands for the price of one was perfect and since I was just starting to go to concerts, the extra open space helped me get comfortable with the bombastic sounds that a show could actually reach. Fast forward to high school and the gigs my friends and I would go to were in very tight and makeshift joints where the maximum capacity never exceeded 150-200 people. Imagine all of those individuals sweaty and simultaneously jumping, shouting, shoving, and sharing the collective love for the vibe as much as you were. Some of the best times of my life were at these shows. Some of my best friends were right there with me. And, of course, some of my all-time favorite bands came from these experiences. One of those bands is Joyce Manor.

Joyce Manor is a Californian indie/punk rock group who continue to tackle a wide variety of styles and subgenres of rock with each release. Even though they experiment with different sounds and subgenres, proudly flashing their influences on their sleeves, over the course of the past 10 years since they have been together, they’ve stuck to the same formula of building their songs around simple structuring. That formula is to have every song short and (bitter)sweet. Something they would become well known for by fans and the overall general scene. Going in order of newest releases to older, their most recent release at the time of listening to them was the 2014 pop-punk critical and commercial hit, “Never Hungover Again”.

Once I finished listening to their remaining discography, I couldn’t resist the urge to instantly put this record back on 2-3 more times. Truth be told I couldn’t tell you why that was. It’s not anything new or groundbreaking really. Just your average run of the mill pop punk record on first glance, but little to my knowledge though, “Never Hungover Again” implanted an ear worm cocoon so deep into my head that I wouldn’t come to notice it until I’d see them in person for it to finally hatch and come slithering out. Released under the belt of the highly regarded Epitaph Records, a first time “big” label company deal for the group (still signed to this day), and with the guidance of first time collaborator and mutual friend Joe Reinhart (producer, guitarist for the band Hop Along which they are pals with), “Never Hungover Again” is a flush rollercoaster.

With loops of polished energy, subtle sentimentality, and tight, ferocious turns of distress, the tracklist of only ten songs soar swiftly with a runtime of a mere 19 minutes. Aiding in the rapid tempo are some spectacular guitar riffs which are the protruding acne on this “teenage boy” of a record. Sticking out vividly from the remaining elements on this cut, each song on “Never Hungover Again” has it’s own “blemish” of a riff.

Half of the record tends to be more punk driven at its core, shown best on tracks like “Christmas Card”, which blasts off the record as the bouncy kinetic opener, or on the frantic “Heart Tattoo” where we get a full dose of pop punk nostalgia pumped directly into our veins. On the other hand, some riffs aim to be more formal with it’s approach towards a brighter tone, seen on tracks like “Schley”, “Falling in Love Again” and best in the closing track “Heated Swimming Pool”, a shimmering arrangement of 80s-esque grooves that has the album dipping its toes into unknown waters (no pun intended). Something we’d see Joyce Manor exploring more in later albums.

Put those two sounds together and you get that “teenage boy” sound reminiscent of early 2000’s pop punk that wears a pullover hoodie of modern indie cynicism. Over these guitars though are tuneful harmonies and the occasional expressive shout here and there provided by lead frontman Barry Johnson. In the latter half of the tracklist, we go from “In The Army Now” straight into “Catalina Fight Song” where you are whiplashed with concurrent energy from the instrumentals; but, Barry’s vocal work changes drastically from self contained emotion on the first, to all out angst on the follow up. Sprinkled throughout are well performed and infectious backup vocals done by bassist Matt Ebert and guitarist Chase Knobbe. And that’s mainly it for the record.

The two styles span over Joyce Manor’s discography but on “Never Hungover Again”, we’re seeing their full potential maxed out as a band. Every instrument compliments one another and they all fall victim under Barry’s voice and, not to forget, his poetic lyricism. And the word “Poetic” outlines “Never Hungover Again” perfectly. No song is in conjunction, but they’re thematically bundled together with overall playful wordplay with subdued serious undertones, which act as staples in this booklet of a record. Most tracks are easy to follow and you get behind him empathetically from the get go, while others are more hidden in metaphors. Some even are just pure emotion on a topic rather than knowing exactly what that topic may be.

On the surface level, tracks such as “Christmas Card”, a song written about a relationship that should be appreciated as much as you would appreciate a holiday card with some cash inside, “Schley”, written primarily around our protagonist smoking marijuana and having a case of really bad paranoia, and “End of the Summer”, a track showcasing a summer fling relationship that doesn’t seem to be going well once the next season comes around and Barry wanting it to last much longer than those couple of months, all are more hidden with their meaning than the easier to follow tracks.

Nothing too complex for the listener to understand though. You can pick up the energy of the songs just by how Barry performs his line delivery, not having the need to pull out a thesaurus to understand the message. But, on songs like “The Jerk” and “Heated Swimming Pool”, I still find trouble grasping its meaning by how creatively vast the setups are in each track. And by no means is that a bad thing. It’s pretty fantastic really. In contrast to the simpler songs, the mix of poetic writing on “Never Hungover Again” is commendable since the majority is a collective about the struggles and fantasies of modern relationships. But without grabbing your shovel and digging a little deeper under the grass, you would never know what is truly underneath the album as a whole.

The passion behind these scribbles are what drive the momentum forward and its greatly helped by how charismatic the band is with their instruments. Wild drum patterns are sludgy, breakneck, and euphorically dancy at times and other moments they’re more contained and simplistic while trying not to overshadow. Deep, growling bass grooves slap their way around, pissing on everything to let you know it’s claiming territory. And the guitars shine through the rough like turtle wax on a set of 4×4 off road tires.

Mixing them fluidly all together with some of the best production I’ve heard on a project like this before (props to Joe Reinhart with the amazing skill he has proved here), has you craving for more as the halting end feels like you were just given an ice cream cone then only to have it immediately taken away. I can’t crowbar these songs out of my skull, even if I wanted to. In my opinion it has everything a great album needs, and more. Cementing itself as one of the greatest albums ever made and a masterpiece in the genre.